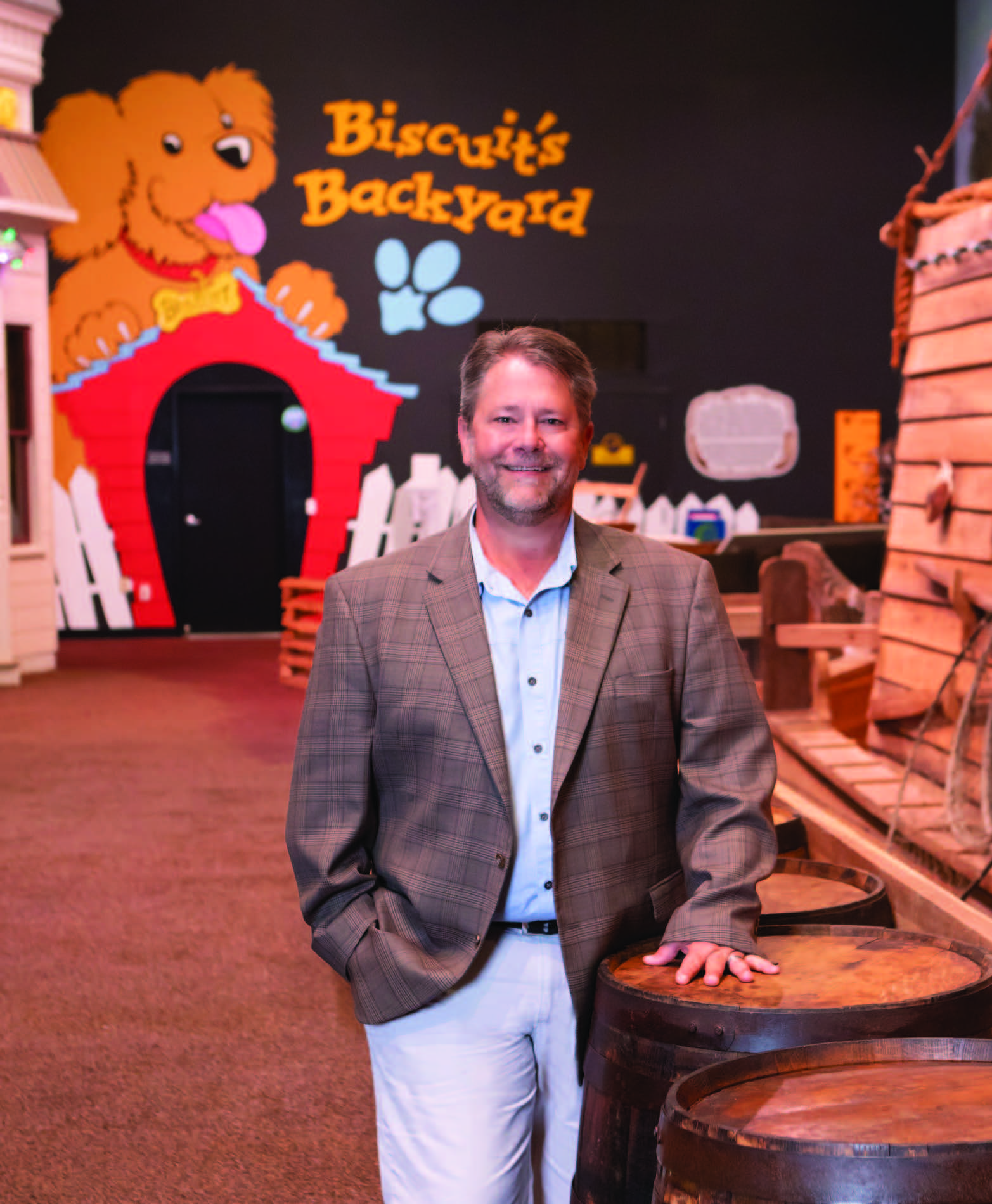 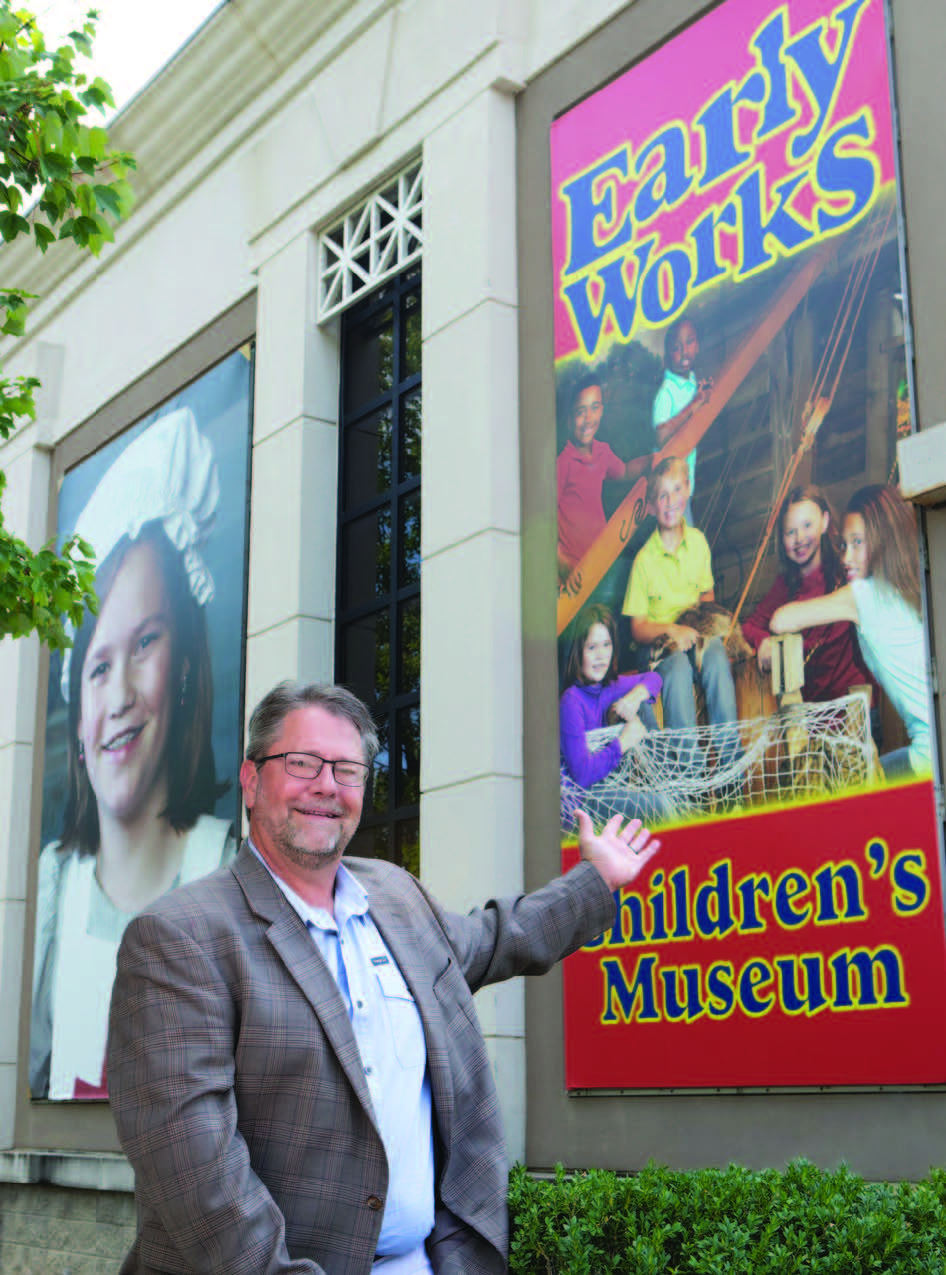 As the Executive Director of the EarlyWorks Museums System, Bart Williams is a crucial part of the team that produces an invaluable educational resource to children and adults alike in Huntsville.

The EarlyWorks Family of Museums provides hands on ways for visitors to explore history though Alabama Constitution Hall Park, Historic Huntsville Depot and the Children’s Museum. “The preservation of our past and the sharing of stories are always important because they tell where we’ve been and highlight the great people who have come before us,” Williams explained.

For Williams, it became obvious early in life that working with kids and providing unique learning experiences was a fitting line of work for him. This realization began as a typical summer job fell into his lap as a college student at

The University of Alabama.

“I had the opportunity in school to take a summer job in Maine because I was dating a girl who was also a counselor there,” Williams explained. “I thought that teaching soccer and tennis to the campers and hanging out with other college kids for the summer sounded cooler than coming back to Huntsville with my parents, so I asked for a job as a counselor there too. I spent the next five years going back to Maine every summer for that camp and eventually worked my way up to Program Manager there.”

Williams enjoyed those summers in Maine so much that when he graduated in 1989, he looked for a job that would provide a similar type of experience. This led him back to Huntsville to work with the U.S. Space and Rocket Center.

“By the time I graduated from Alabama with a marketing and advertising degree, I decided I didn’t want to go work with some ad agency writing copy for products that I didn’t really care about,” Williams explained. “Around that time there were some openings at space camp here in Huntsville and I had always been a closeted space geek. So, I joined the staff, and I thought I was pretty good at it. It was nice to be able to apply my degree in that environment.”

After seven years with the Space and Rocket Center, he was able to join the EarlyWorks Family of Museums in 1998 as their Marketing Director. At the time, EarlyWorks consisted of Constitution Hall Park and the Historic Huntsville Depot with the Children’s Museum still under construction.

While he had worked with children’s education systems before, Williams said he was eager about the type of opportunity that EarlyWorks was able to provide. He saw that EarlyWorks was going to approach Alabama history in a way to make it engaging to kids.

“What was exciting to me at the time, was how history was going to be presented,” he explained. “The subject matter had traditionally been very textbook and very dry. Usually when you go into a history museum it’s always dates and papers and there’s a look-but-don’t-touch attitude. It’s something that kids aren’t necessarily fascinated by because it’s not brought down to their level. But EarlyWorks did that differently and we were one of the early examples of that 25 years ago. It was really exciting.”

After serving as the marketing director for four years, the director of the museum retired and the museum’s board of directors promoted Williams to director and he has held that position for the twenty years since..

According to Williams, the past twenty years has gone by faster than expected and this is highlighted by some of the museum’s most recent visitors.

“We’ve been open around 25 years so we’re now starting to see people come back with their kids that visited the museums as a kid. It does make you feel old sometimes,” he admitted. “But it is a really cool feeling. I never thought I would be here that long. It’s true that time flies when you’re having fun — and you don’t realize how fast it zooms past you.”

The Home of Bill and Ashley Mitchell
Scroll to top