With more than 100 people moving to the Huntsville area each week, it’s no surprise the Rocket City is now the second-largest municipality in Alabama. If current trajectories hold true, it could be the most populous city in the state in three years or less.
Huntsville is ready for this growth. In fact, we planned for it. Our strategy included heavy investment in major roads, sewer systems, new schools and industrial parks. We reinvested in urban commercial corridors in every sector of the city to include mixed-use redevelopment projects such as the Johnson Legacy Center, Campus No. 805, Stovehouse, Sandra Moon Complex, Twickenham Square, City Centre and MidCity.
Our community has been heavily involved in this planning. Through the BIG Picture comprehensive master plan, residents helped envision how, where and what growth would look like. The BIG Picture is our guiding compass and has led to more public-private partnerships and new investment in parks, bike lanes, greenways and cultural assets.
Aggressive economic development strategies created tens of thousands of new jobs and billions in capital investment. Facebook, Blue Origin, Aerojet Rocketdyne, Polaris, GE Aviation and Mazda Toyota Manufacturing diversified our economic portfolio while Redstone Arsenal transitioned to a federal campus with more than 80 tenants in aerospace and defense. Thousands more FBI personnel and their families are coming here because of the new FBI facility at Redstone. Huntsville’s selection as the permanent home of U.S. Space Command will bring thousands more high-paying jobs.
Huntsville is enjoying an unprecedented level of prosperity. We are finally growing into the city we’ve always dreamed of becoming – the Star of Alabama.
Mayor of Huntsville
Feature
Building Huntsville 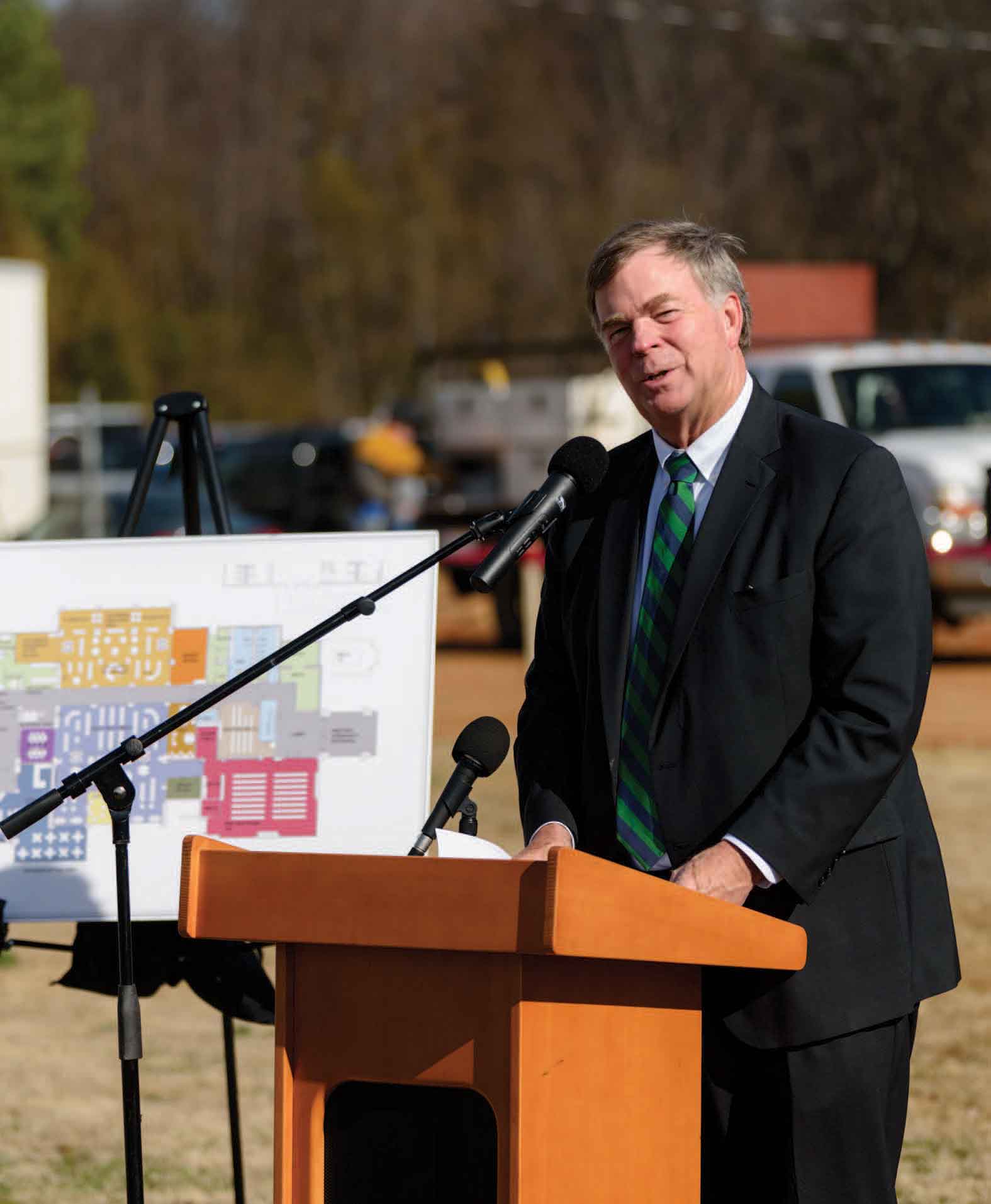 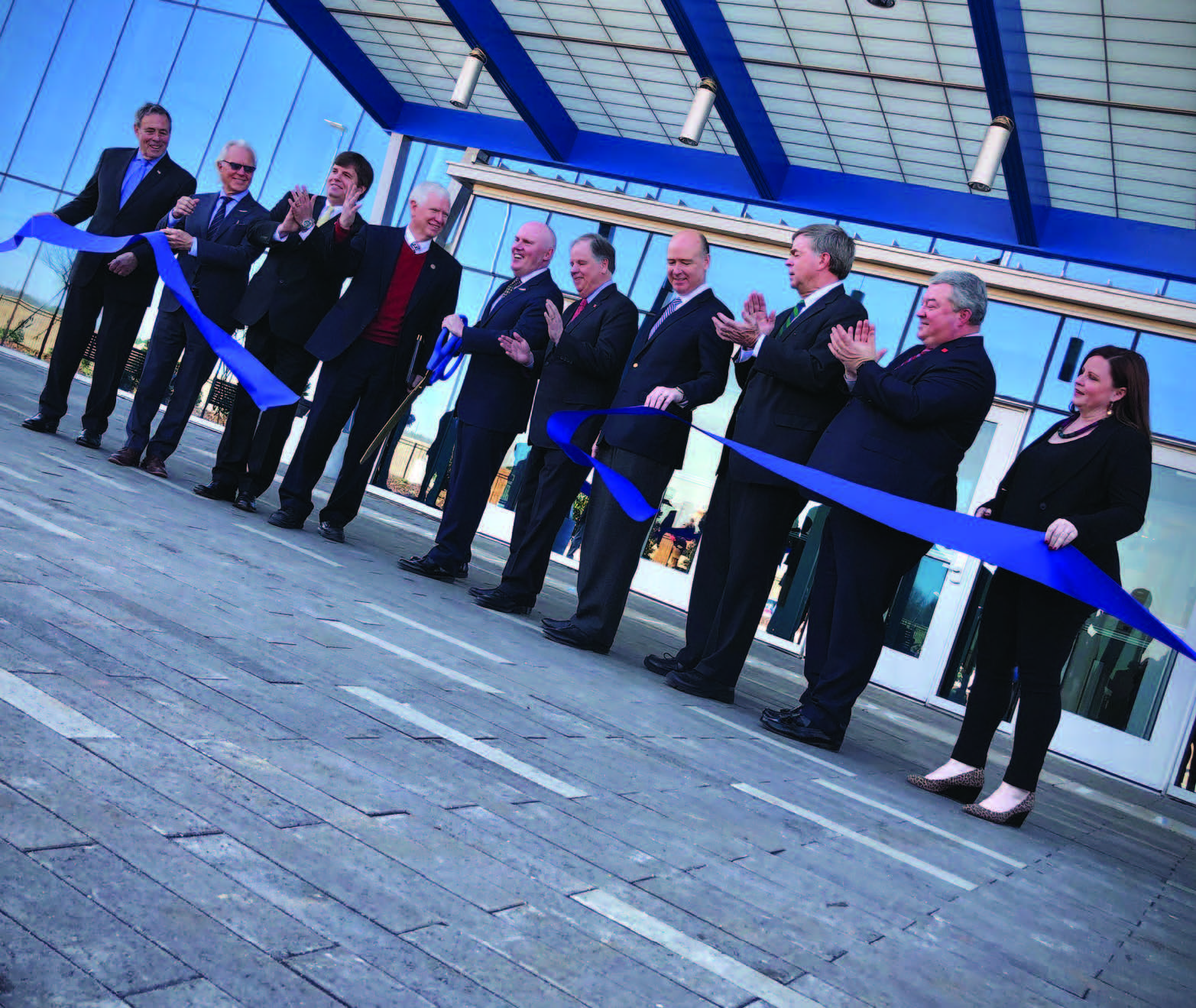 To put Huntsville’s growth into proper perspective, Huntsville Mayor Tommy Battle shared these facts last October at his 2020 State of the City Address.

Huntsville entered 2020 with promise after ‘crushing it’ in 2019 with 3,025 new jobs and $1.8 billion dollars in economic development and capital expenditures circulating throughout the regional economy.

And yet despite the COVID-19 hit, which was still raging at the time of Mayor Battle’s speech, Huntsville created 960 new jobs and put $2.1 billion dollars of new product on the ground in 2020.

In September last year, the City of Huntsville Inspections Department issued permits totaling $220 million in new commercial and residential construction, setting an all-time historic record month for the city of Huntsville in capital investment. And Shane Davis, director of Urban and Economic Development for the City pointed at 67 non-industrial projects that remained active throughout the pandemic.

Underlying that vigorous activity and relentless growth, which continues its momentum through 2021, is what city leaders call Huntsville’s Smart Growth Strategy to positive regional economic growth.

That Smart Growth Strategy involves cross jurisdictional teamwork and collaboration with Morgan, Limestone, Marshall, and Jackson counties; and it demands the building of supportive infrastructure; providing a high quality of life; creating plenty of quality jobs for the citizenry; and the strategic placement of all the above, at all points of Huntsville.

Standing at Huntsville downtown center, what Mayor Battle calls the living room of our city, and looking outward in all directions, his vision sees corridors of growth only, with no boundaries.

By pinpointing these growth corridors, Huntsville has created an economic revival that cut through the pandemic slowdown and thrust the city out the other side, stronger than ever.

With infrastructure an important component of the city’s smart growth strategy, Huntsville City Engineer, Kathy Martin saw the growth coming as far back as 2014 and she acted, restoring existing roads like Zierdt, Cecil Ashburn, and Research Park Boulevard, while also tackling new expansions like Greenbriar Parkway and the reconstruction of old Highway 20, important to opening access to and from the Mazda Toyota corridor.

Quality of life is another tenet of Mayor Battle and his administration’s smart growth strategy.

Huntsville’s Committee of 100’s unprecedented legacy project, the Singing River Trail has exploded since it launched last fall. Originally planned as a 70-mile, three-county project, it has grown into a 150-mile, eight-county project connecting North Alabama from Bridgeport/Scottsboro to Sheffield, bringing it within 16 miles of the Natchez Trace.

The placement of jobs and major investments in areas where neighborhoods can come back and revitalize are expected to usher in new neighborhoods, creating a new commercial lane that is not in any one part or section of the community, but abroad with no part of the city left out.

Once a blighted retail section with boarded-up stores and businesses, the well-worn North Memorial Parkway corridor has been widened into a viable Parkway traffic corridor with a park, greenways and walking trails, with a newly established North Huntsville Business Association.

Throughout Huntsville, multi-use commercial and residential developments are changing the face of the city.

Just this month, the Huntsville City Council approved plans for the development of a $325 million mixed-use center on the 13-acre property across from the Von Braun Center on Clinton Avenue. This empty hole amid so much expansion downtown includes 26,000 square feet of retail space, 40,000 square feet of office space, a 100-room hotel and multifamily housing with an 800-space, multilevel parking garage and surface parking lot.

A new multiuse commercial and residential development along Huntsville’s western gateway at Governor’s Drive and 14th Street will connect the newly renovated Stovehouse and Campus 805 properties with a three-story, 49,000 square foot commercial office and studio space called The Range. Next to it, The Foundry, a multiuse residential building consisting of residential flats and townhomes and 5,500 square feet of retail space will forever alter the Governor’s Drive exit off I-565.

An $18 million luxury Metronome at MidCity is under construction in the heart of the 140-acre MidCity’s district just blocks from the 8,000-seat Huntsville Amphitheater and its adjoining new West Huntsville Park. The amphitheater is spurred on by the creation of the Huntsville Music Initiative, aimed at building a music and cultural- based economy throughout the region.

South Memorial Parkway has been awakened with the modernization of Ditto Landing and the Hays Farm multi-use development that is replacing the old Haysland Square. It now has a supporting South Huntsville Business Association as well.

On the western front, Town Madison at Zierdt Road and Madison Boulevard opens a gateway to Huntsville’s city center from the west. Toyota Field located there has brought minor league baseball back to North Alabama.

Add to that the annexation of a small portion of Morgan County to the southwest, and a huge chunk of Limestone County due west of city center is needed for the economic development of the Toyota-Mazda plant and other larger manufacturers in that area. It also opened opportunities to get infrastructure to those areas which created major employment opportunities and is attracting investment into commercial real estate projects.

With more than 25,000 jobs expected to arrive here by the end of 2022, there is no point north, south, east, or west left out of the Mayor Battle’s Smart Growth Strategy for a burgeoning regional economy and like his vision for the city, there is only corridors of growth opportunities with no boundaries.