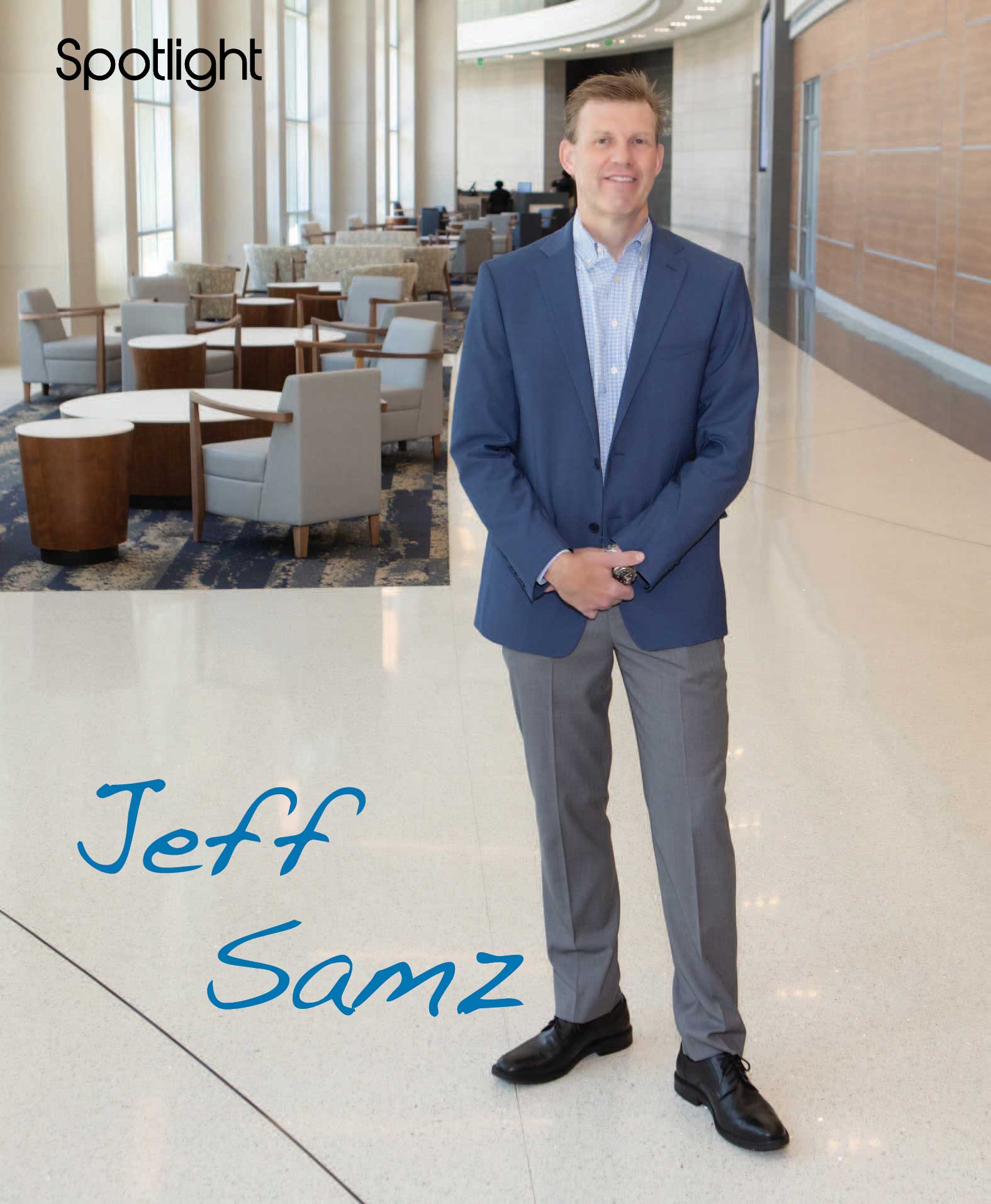 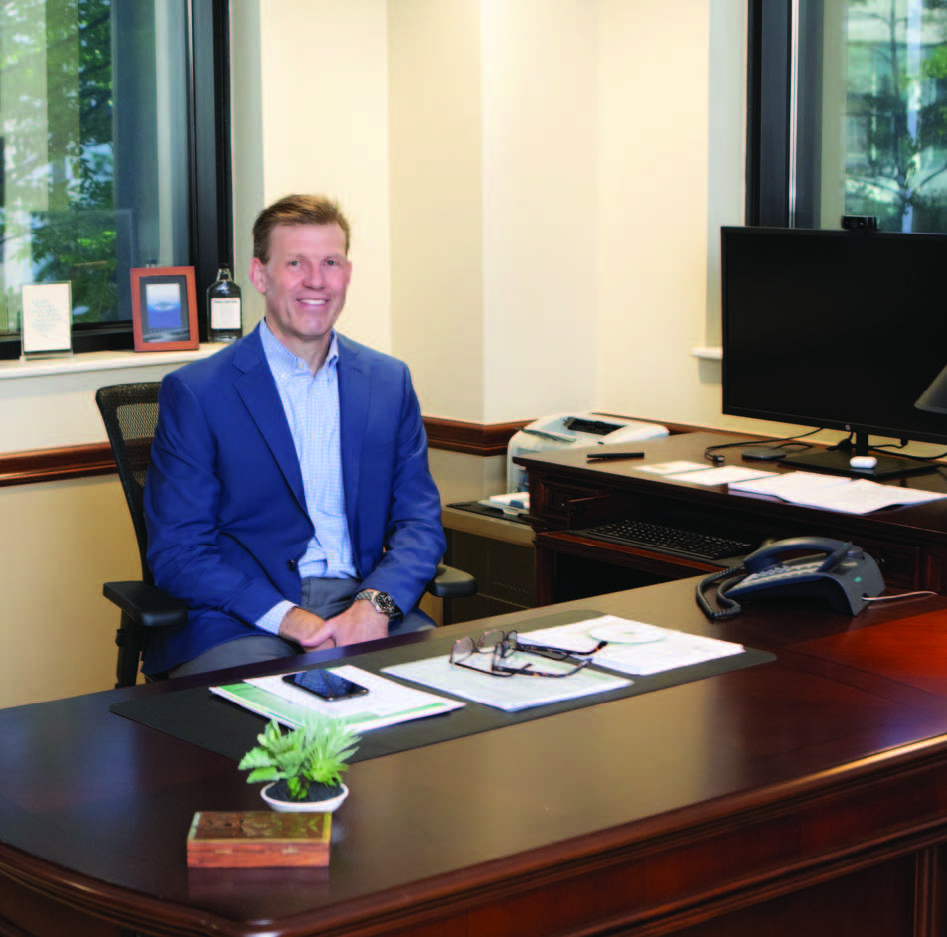 It’s safe to say Jeff Samz’s first year on the job has been different than he might have expected. Taking on the job as CEO of Huntsville Hospital Health System is a daunting task without any additional sources of stress. But when former CEO David Spiller stepped down in July 2021, in the midst of a nationwide pandemic, he did so knowing that the hospital would be in capable hands, and fully endorsed Samz as his successor.

The hospital’s new leader had already been working closely with the former CEO for 12 years as executive vice president and chief operating officer. Samz also spent 28 years accumulating an extensive history in public health administration at Vanderbilt Health, Duke Health and Mission Health in Asheville, N.C. However, Samz says that his decades of experience and familiarity within the hospital could only prepare him so much for taking on the role as CEO.

“I had the good fortune of being mentored by David Spiller, who had the job before me so I had as good of an idea about the job as I could have,” Samz explained. “But as close as I was to the job, I really had no idea what it’s like. Giving advice to the person with the job is nothing like being the person in charge and having to make those decisions. It’s like trying to tell a friend of yours that’s still single what it’s like to be married. You just have to do it to know what it’s like. So the phrase, ‘It’s lonely at the top,’ rings true to me now. It’s just the nature of the job. No matter how prepared you think you are for that role, you don’t truly grasp it until you’re in that position.”

On top of learning how to be the man in charge, navigating the hospital system through the second wave of the COVID-19 pandemic presented Jeff Samz with additional challenges that he had never faced before.

“One factor that I couldn’t totally be prepared for was the pandemic and how it made it a bit different in terms of the media exposure. I had to get familiar with that right out of the gate. Jumping in to do the press conferences and T.V. interviews was a little more than I was expecting,” he admitted. “A large part of that was deciding when our hospital should weigh in on a matter,” he added. “I’ve worked in healthcare for a long time and I usually know what to say. And though we don’t get involved in any political manner, it’s important to know when it’s appropriate to use our political capital and lean in on a subject. It’s not so much knowing what to say, but knowing when to speak up. That was a big revelation for me.”

When citing what he is most proud of during his tenure with Huntsville Hospital, the first things Samz brings up is the dedication shown by nurses, doctors and other caregivers during the COVID-19 pandemic.

“I’m very proud of how we navigated the pandemic and that includes outreach, distributing vaccinations, testing, education and everything else,” he recounted. “I’m very proud of our caregivers in all regards. We had people giving tests in homeless shelters, churches and everywhere else. I remember being at the vaccine clinic at John Hunt Park at 9:00 p.m. on a Friday night where our team was setting up tables and everything necessary to open up Monday morning to serve the community. It’s those type of moments that I look back on, and am really proud of the team that makes up our hospital. We’re all about taking care of the community.”

Looking to the future, Samz is developing a strategic plan to attract a larger workforce and integrate the hospitals that make up Huntsville Hospital Health Systems into a more cohesive group. This includes taking the electronic medical record system used in Huntsville and integrating it within all hospitals within the system so that patients can easily receive the same type of familiar service close to home if possible. “My goal is to make the care function as seamlessly as possible, no matter which location a patient is receiving health care.”

Samz has spent his entire career in nonprofit healthcare, and he considers serving the community in the best way possible as the most important part of his job.

“I’ve worked in NFP my whole career and I’ve always thought of it as work worth doing. If we do our jobs well, we’re helping the community have a good healthcare decisions with the patient in mind. More often than not, thinking about it as if your mom was the patient and asking yourself what you would do in that situation is usually best and helps us ground ourselves and make the best decisions, because we are a public health care system and our main purpose is to do what’s best for the community.

Samz emphasized that these accomplishments are not solely credited to his team at the hospital and they are only able to best serve the community through the help of other community leadership. He is keen to give praise to the leadership all across Madison County and point out how they have helped the system achieve its goals.

“The national reputation of Huntsville has helped us in our recruiting efforts. Huntsville’s secret sauce is vital community members being able to collaborate with one another,” confided Samz. “The collaboration that happens in this community between the elected officials, other leadership, not only in Huntsville but regionally across Decatur, Athens and Marshall County; that is instrumental in what we do here. The sense of community that has developed here cannot be understated in terms of its importance.”