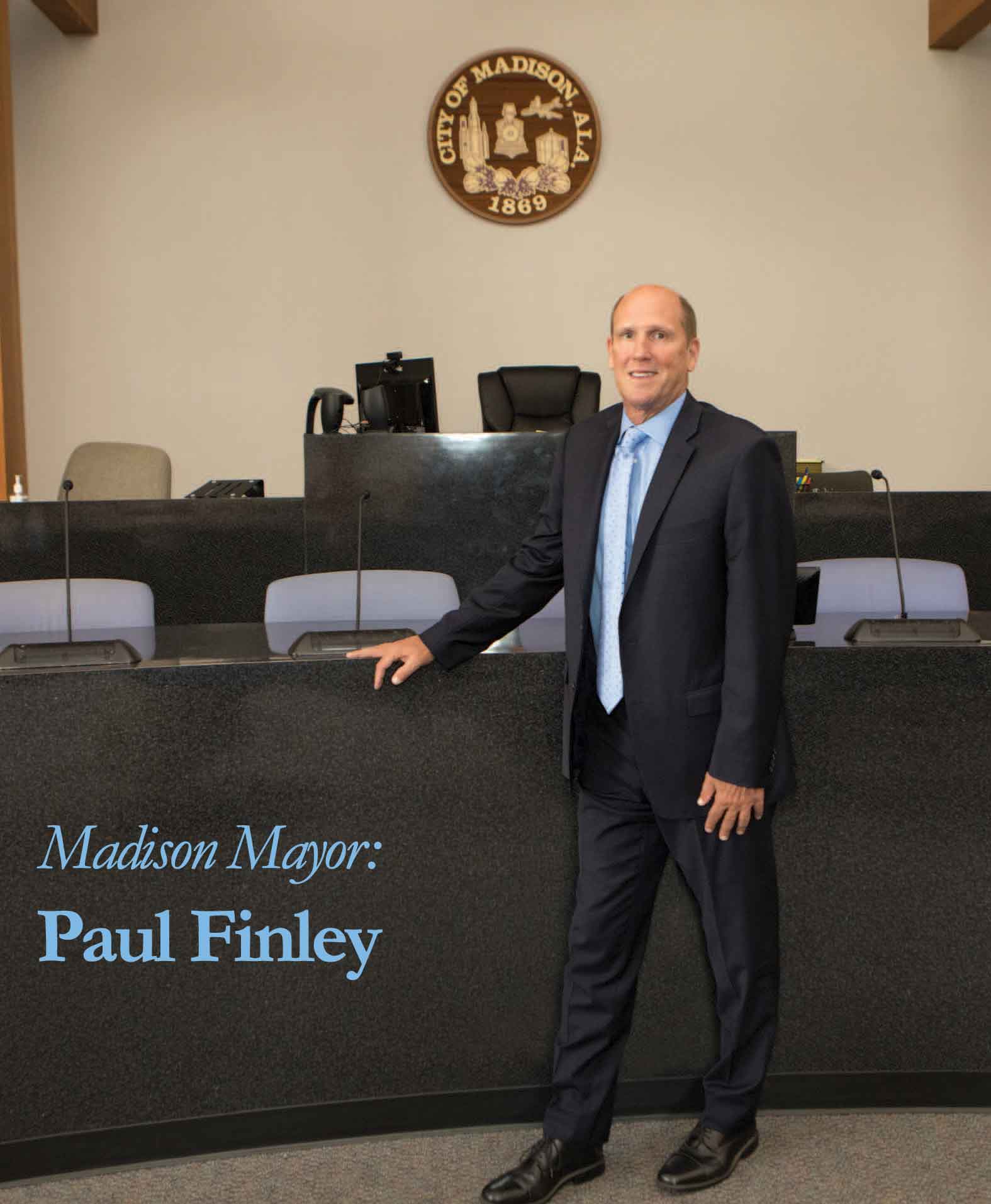 Paul Finley is the mayor of the city of Madison. He has lived in Madison since 1995 and raised his family there. He was elected for his first term as mayor in 2008.

EVENT: Where are you from?

PF: I’m originally from Kentucky, my family still lives up there. I’m a graduate of Murray State University in Murray, Ky. with a bachelor’s degree in marketing.

EVENT: What brought you to this area?

PF: Opportunity. I had friends who had come down this way. I came here in 1988 and took a sales job with a commodity chemical company. I did that for 10 years before I moved on to other jobs throughout the Tennessee Valley and eventually started my own marketing firm.

EVENT: What inspired you to get involved with the city government in Madison?

PF: What inspired me was a community service project that I was a part of, that in turn helped me understand how city government works. The more I became involved, the more I recognized that maybe it needed to work a different way. Because of that, in 2008 I looked for anyone else who believed the same thing. And while others believed it, no one else was willing to run. I felt like it was a good time in my life to use some of the skills that could help our city, in taking it in the direction that many of us believed we needed to go.

EVENT: What are your contributions (your office’s contributions) to the tremendous growth that Madison is experiencing?

PF: Madison is a good team player. We recognize the role that we have in the overall Tennessee Valley. It’s no secret that we’re a thriving and growing suburb. We’ve been ranked the number one city in Alabama for the last three years. That is because we are part of the Tennessee Valley, we have fantastic schools; and people are close to their work. Our focus will continue to be on improving traffic flow, improving our parks and recreation facilities, and continuing to improve the quality of life in our area.

EVENT: What are your immediate and future plans for Madison?

PF: We implemented a growth plan in 2012 and we continue to work to follow what the plan set forth. Connectivity – more green space, and more green ways – were the largest things that people in our city said would enhance their quality of life; plus, the need for improved road structure. We’ve worked hard in the last 10 years on our ability to move traffic, and to connect our city, so you don’t always have to be in a vehicle to get where you want to go.

Managing growth is a tough thing. We recognize that we’re going to grow. We’re the tenth largest city in Alabama, with over 50,000 citizens. But it must be a controlled growth. We continue to follow our growth policy. With that, we’ll try to keep growth manageable, so that our schools can keep up. When you’re the second-best school district in Alabama and the 44th in the nation, people are going to continue to come.

We’ve had a focus on generating more sales tax which allows money that the mayor and city council need to put toward these projects.

Going forward, there’s no question that we look to take the multi-use venue that houses our Rocket City Trash Pandas and use that anchor to have a fantastic first season and follow that up with many more – to help the overall area grow; to bring in businesses of quality while also generating the revenue we need to drive the city forward.

We’re going work hard on what we’ve already begun – we’ve supported our schools with helping pass a property tax referendum that allows them to build the infrastructure needed to keep up with the city’s growth. We will continue to complement them as we look forward in the next five to seven to ten years and continue to manage growth in the best way we can.

We have as strong of team as we have ever had in Madison. We have a council and department heads that understand what we’re trying to accomplish, and where we’re headed. We work well collaboratively – we’re getting a lot of things done that are actionable. People can see the difference. 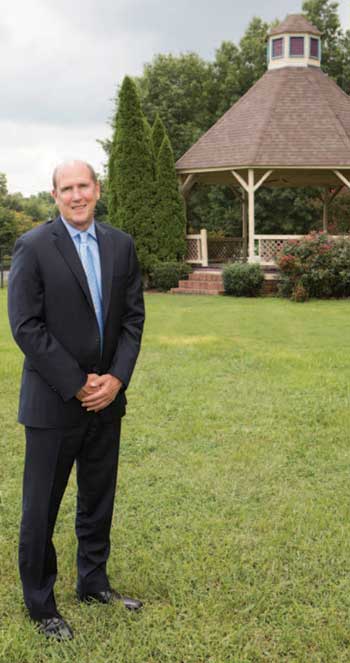 EVENT: What do you like most about living in the Tennessee Valley?

PF: Right now, what I love about living in this area is that my adult children can find ways to stay here. What I love about it is that they love it. They, as millennials, find opportunities here. Part of it goes back to the roles that we have in our city, and for this overall Tennessee Valley, that we can’t be everything to everyone, but we are absolutely a fantastic place for families to grow up together, to have top-quality schools and job opportunities, and to do it in an area that has the Palmer Parks and the Dublin Parks where the kids can play sports.

My oldest son is living in Five Points in downtown Huntsville because it’s closer to the action for him, but he’s still here, which is an important thing for me.

EVENT: That answer leads to the next question. Would you like to talk about your sons?

PF: My oldest, Tyler is 26. He’s an Auburn graduate and went to UAH for graduate school. He’s now working for Teledyne contracting with NASA and working on the space station.

My middle son Tanner is 23 and graduated from UAH where he played four years of basketball for Lennie Acuff. He felt like he could continue to play, and he’s now playing for Durham University in Durham, England. He’s getting his master’s degree in HR and playing basketball.

My youngest son Kyle is 20 and is in his third year at UAB in nursing school. He hopes to come back here as a neonatal nurse working at one of the local hospitals.

I’m proud of all three of them, but I’m most proud that they’re young men who understand that it’s important to give more than you take; that they appreciate the value of the educations that they’ve all three worked hard and obtained scholarships for.