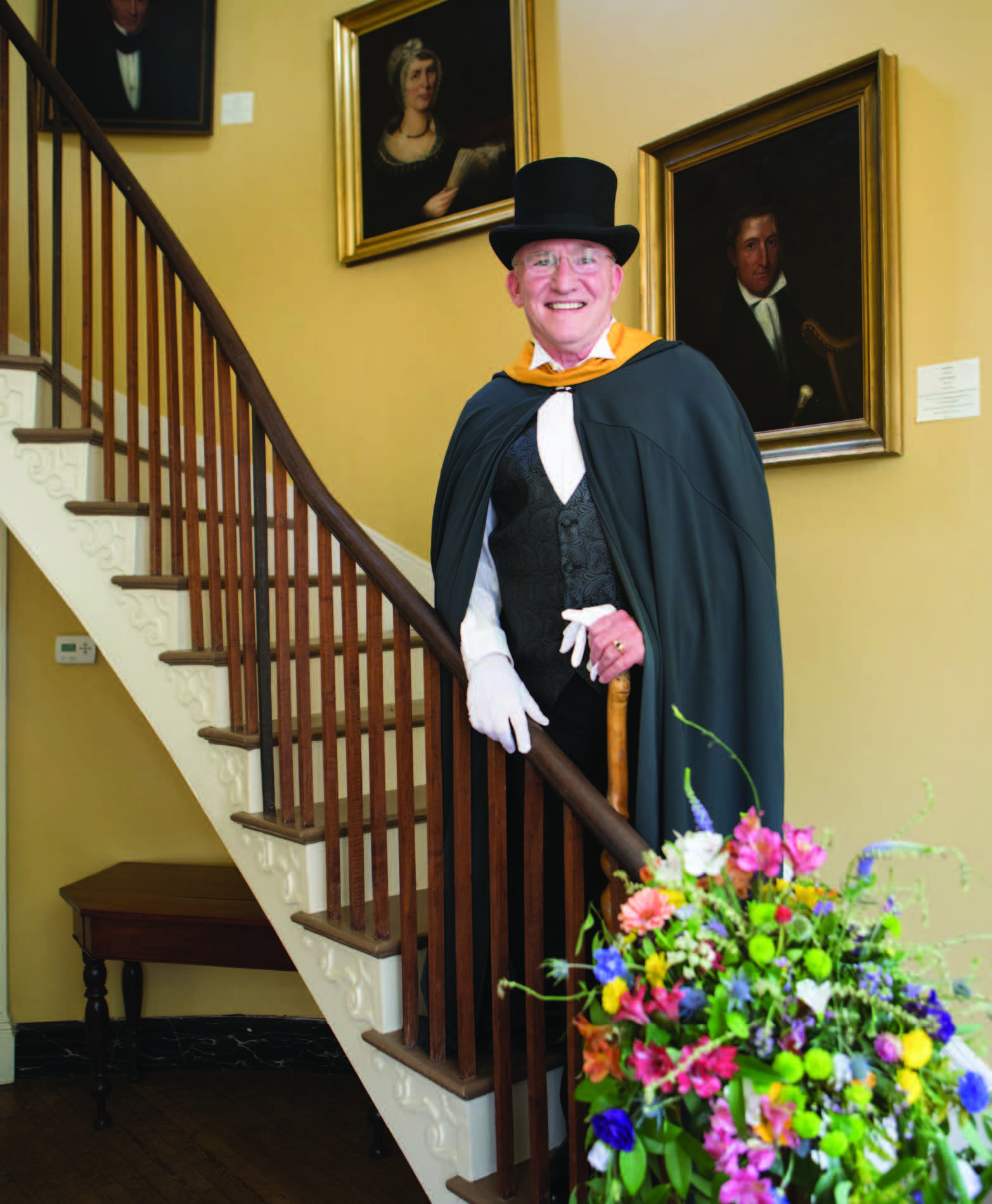 Van Brown developed a love for Huntsville history at a young age. A native Huntsvillian, Van grew up listening to his grandmother’s colorful tales of early Huntsville. His love for her stories and pride for his hometown permeate his life today.

On weekdays, he is a Convention Services Manager at The Huntsville / Madison County Convention and Visitors Bureau. But his storytelling side comes alive after hours, when he can be found guiding folks through Downtown for the Huntsville Ghost Walk – or posing for photos at the Maple Hill Cemetery Stroll.

EVENT: How long have you been involved with the Cemetery Stroll and who is your favorite character?

VB: I have been portraying one of over eighty costumed characters for the past twenty-four years. My favorite character is the one that I portray- Lily Flagg. Lily was the famous bovine who won the 1892 World’s Exposition and was celebrated with parades and a ball upon her return from Chicago. She is still a crowd favorite. She is the most photographed character in the stroll, and she doesn’t say one word.

EVENT: Is the Cemetery Stroll a public event?

VB: Yes. It is free and open to the public. As many as 15,000 people attend the annual event held each October.

EVENT: When can we catch a Ghost Walk?

VB: The Ghost Walk begins Friday, September 4 this year and runs through October. All tours begin at Harrison Brothers Hardware, where you follow your guide on your choice of Twickenham, Old Town or Downtown Tours.

EVENT: What drew you to the Ghost Walk and do you have a favorite ghost?

VB: I have been fascinated with Huntsville history since hearing my grandmother’s stories as a child. I get to share the old stories and history during my tours while introducing people to some fascinating ghosts. My favorite of our many spirits is a girl that we call Amelia. She loves parties and has even been photographed at one, posing alongside other young women. I always say, “There are good and bad ghosts, happy and sad ghosts and then there is Amelia who loves a party.” n

(Special thanks to the Weeden House Museum for the use of the venue and Andrea Vandervoort at Queen Anne’s Lace for providing the flowers.)