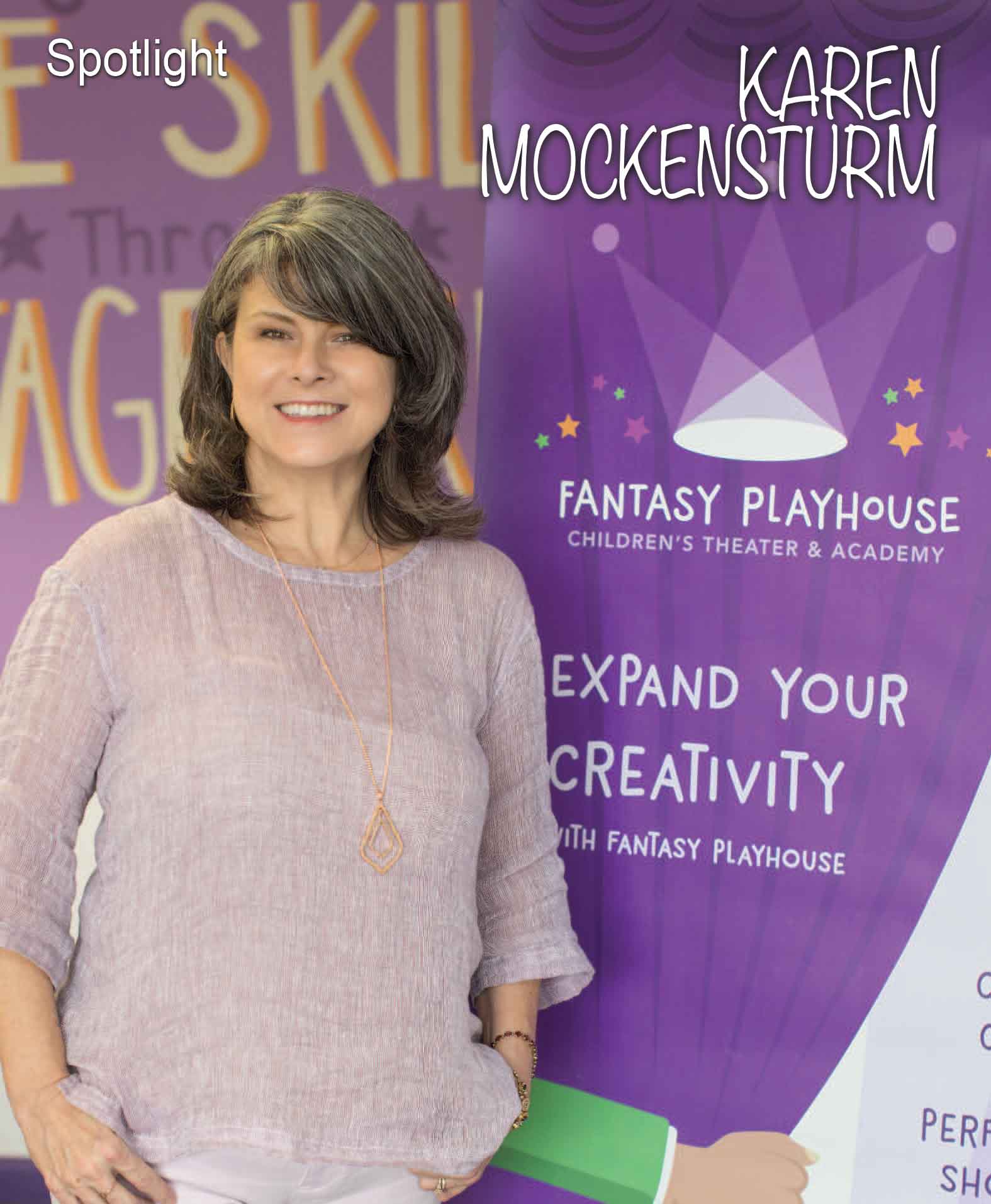 Call it what you will. Pivoting. Shifting gears. Adapting. Regardless of the term used, it is a matter of adjusting to change in very unusual circumstances. Since mid-March, nearly every organization has faced its own theme and variation on organizing and regrouping. Arts organizations have been hit especially hard, as their existence relies on people, businesses, and revenue – ticket buyers, donors, and sponsors.

To volley the setbacks, Fantasy Playhouse has strategically made a series of creative adjustments. Instead of presenting in-person camps, classes, or theatre performances, Fantasy has migrated to the virtual platform. Its annual “A Christmas Carol” has been adapted and re-invented. Through shadows, puppetry, live foley sounds, and a cast of five actors playing multiple roles; the theatre effectively captures the classic Dickens tale in a family-friendly virtual format.

Founded in 1961 by Katherine and Richard Lester, Richard Van Valkenburg, Helen Herriott, along with many others, Fantasy Playhouse Theater has introduced over 600,000 people to the magic of theatre over the past 60 years. Last year, before COVID, Fantasy reached 29,000 people. Of those, 16,000 were youth.

Perpetuity of Fantasy Playhouse is crucial to the Huntsville community, especially the West Huntsville area. Fantasy enhances the quality of life to the nearby Hillandale and Terry Heights communities by providing free theatre arts education to local at-risk students and those students attending Title I schools.

Mockensturm got her first taste of the spotlight in the eighth grade, as a new arrival to South Florida. By way of the Plantation Players, a teen theatre group directed by Genie Croft, she soon found her niche. And that was only the beginning. The summer between her junior and senior year, Croft encouraged Mockensturm to apply to the Cherub Program with National High School Institute at Northwestern University. After playing Miranda in “The Tempest” Mockensturm was hooked.

After high school graduation, she initially planned to attend the theatre program at Florida State but soon found herself in Gainesville. “That summer they had the International Thespians Troupe,” said Mockensturm. “The state conference was at the University of Florida.”

She honed her skills in presenting outreach programs through her years of experience as a teaching artist and acting instructor at the Walnut Street Theatre in Philadelphia, along with the Roundabout Theatre Company, Creative Acting Company, and Broadway Classroom in New York City.

The Roundabout Theatre Company’s “Page to Stage” program used theatre arts integration to help high school students improve their communication skills to pass their written Regent’s exam. The residencies spanned across the greater New York metropolitan area; programming at private schools on Long Island along with schools in Queens and in Harlem.

After 16 years as an actor, a divorce and a 5-week-old infant brought Mockensturm to Huntsville in 2002 to be near her parents. With a new baby to provide for, her acting career took a decade-long backseat. When the executive director position at Fantasy opened in 2012, she had the opportunity to return to her passion. “I never thought I’d do theatre again.”

Mockensturm spent her first six months on board getting to know board members, volunteers, and the people who grew up with Fantasy Theater. Then, in January 2013, she held a very instrumental board meeting. “Barring any kind of resource limitations,”

“Since 2014, we have grown 415% in terms of formalized educational impact of what Fantasy does,” said Mockensturm. Growth and recognition go hand in hand. In 2017, the theatre was named 2017 Nonprofit of the Year by the Huntsville/Madison County Chamber of Commerce.

“In 2018, we launched our in-school touring shows which are using theatre professionals to bring shows directly into the schools to support curriculum. The first show we did was part of the Alabama bicentennial. Fantasy in the Classroom was a big game changer,” Mockensturm said. “Now, we’ve got five full-time employees and a part-time advancement director. We also employ about 40 contractors including musicians, teaching artists, composers, playwrights, actors, directors and designers.”

“The biggest indicator as to whether someone is going to pay for a ticket to live production, attend a concert, go to an art museum or become a subscriber at a concert series is whether or not they were exposed to the arts as a child,” she explained. “And that supersedes economics and education.”

“We’re going places because our region is exploding and Fantasy is building on the amazing legacy of theatrical artistry to bring forth new programming that brings the magic of theatre arts to all children throughout our region and beyond, “ said Mockensturm. “There are big things happening and Fantasy Playhouse will be standing stronger than ever on the other side of this pandemic. We are grateful to be part of a community that understands that arts and culture are intrinsically tied to quality of life”

“The reason we’re growing is because the program is in demand by every family that’s coming from Washington D.C. or St. Louis or Seattle,” said Mockensturm. “They are coming here, knowing that this is the type of programming offered – both the entertainment aspect and the school partnerships.” 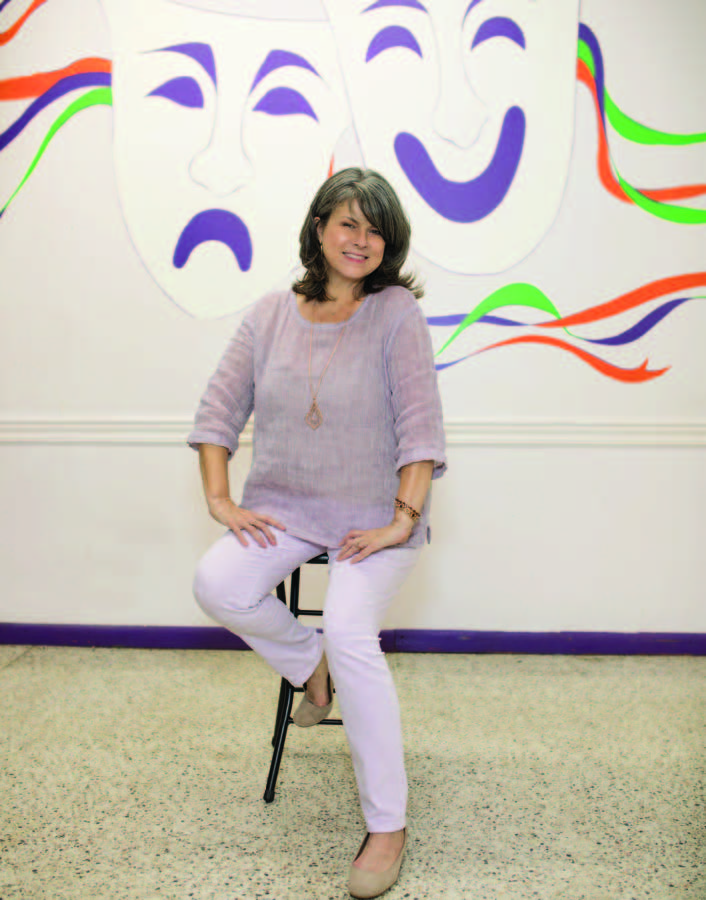