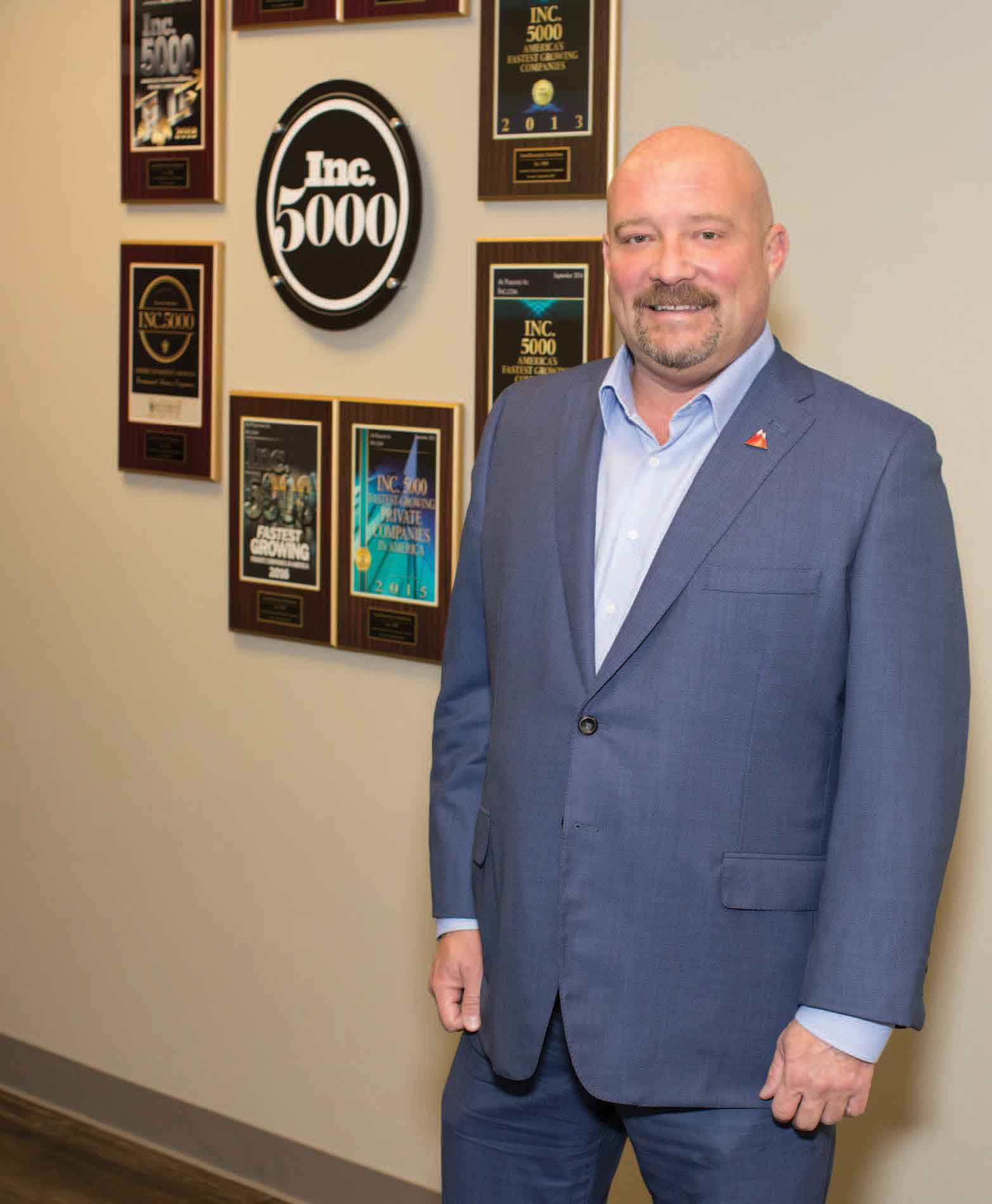 An organization does not earn the five-time distinction of “Best Places to Work” without merit. It must have a rock-solid, supportive work culture to back it up. As President/CEO of IronMountain Solutions (IMS,) Hank Isenberg is a self-directed man with boundless energy, coupled with the razor-sharp administrative skills to get things done. Isenberg is a man with an overarching vision. His motto, “Do it. Do it right. Do it right now.”

Founded in 2007, IronMountain Solutions (IMS) is a Service-Disabled Veteran-Owned Small Business (SDVOSB) specializing in technology solutions, located in Research Park. What started as a relatively small company with a primary focus in aviation has grown exponentially over the past decade. IMS focuses on systems, software and hardware engineering, airworthiness, engine diagnostics, testing, project management, programmatic support, cybersecurity, information assurance, acquisitions, logistics, and foreign military sales. The company gets its name from Isenberg himself; “Isenberg” is German for iron mountain.

Isenberg grew up in Nashville. Before IMS, there was the military. Upon graduating from Vanderbilt, he was commissioned in the U.S. Army and attended Flight School. He has served tours in in Korea, Germany, and twice at Ft. Rucker. During his tour of duty in Germany, he had to opportunity to see history in the making, the tearing down of the Berlin Wall. Isenberg also visited Spain and participated in the Running of the Bulls.

Isenberg left active duty after Desert Storm. Ten years later, after 9-11, he was recalled to active duty and assigned to Redstone Arsenal. During this time, he wasn’t feeling like himself. “After I was on active duty and all the ‘go-go’ activity going on, I’d get nauseous at weird times of the day,” he said. “I wouldn’t have an appetite at dinner.” As a self-professed non-napper, it was also disconcerting for Isenberg to find himself falling asleep at his desk at lunchtime. At 38 years old, heart disease was not something that immediately came to mind.

While on temporary duty orders in Orange County, he stopped to visit with friends. While chatting over dinner, he described the symptoms he had been having. “My buddy’s wife said, ‘You know, Hank, Oprah says those symptoms are heart disease,’” said Isenberg.

“I continued to feel like crap on the flight home,” he said. “I went to the flight surgeon and when I said that he had it all checked out, and sure enough.” it was confirmed that Isenberg had heart disease, with 100% blockage. The diagnosis resulted in open heart surgery and a triple bypass.

His close call with a potential life-threatening condition prompted Isenberg’s enthusiastic support of the American Heart Association (AHA) and The Heart Center. He has chaired the Heart Walk and in 2019, served as the Heart Ball chairman. “Time is important, don’t take life for granted, “said Isenberg. “Don’t wait for Oprah to help you. Learn the symptoms of heart disease and stroke.”

For the past decade, Isenberg has been a director for The Margarita Society, which presents one of the biggest, fanciest parties of the holiday season. Most importantly, it is an organization that has been collecting and distributing Christmas toys for kids for the past 25 years.

Unfortunately, COVID-19 put the brakes on last year’s event, so the directors quickly shifted gears by hosting the inaugural Huntsville Margarita Society Golf Tournament in early November, which was a huge success. During the first two weeks of November, there were also three toy drives in community;

strategically located throughout Huntsville and Hampton Cove. There was also an option to shop Amazon at Home, having the toys directly shipped to IMS. This year, the Margarita Society collected over 5,000 toys and distributed them to 24 nonprofit organizations throughout North Alabama.

“I like to support kids,” said Isenberg. “We have amazing organizations here in North Alabama.” Kids to Love, Free2Teach, the National Children’s Advocacy Center, are a few of the many non-profits that Isenberg and IronMountain Solutions help to support. Recently, he was invited to join the board of the Boys and Girls Clubs and is learning about the ways he can help support their mission.

Other local organizations that Isenberg supports, as well as participating in active board membership include: Still Serving Veterans, the Huntsville Hospital Foundation, the Huntsville Botanical Garden, and the Huntsville-Madison County Chamber of Commerce.

Isenberg has instilled a culture of giving back to the community at IronMountain Solutions. The employee-driven Peaks Fund was created in early 2018, in collaboration with the Community Foundation of Greater Huntsville. Twice a year, the Peaks Fund awards grants to qualified applicants, based on votes from the employees. In just three years, $144,000 has been donated to a variety of local community organizations. Being a Service-Disabled Veteran Owned Business (SDVOSB), IMS supports the Warrant Officer Association and Still Serving Veterans because it is important to support those who serve and have served our country.

“I’m very humbled to be working with a great group of people at IronMountain Solutions,” said Isenberg. “The performance of the company has allowed us to give and there’s a lot of opportunities to do things for people around here.” 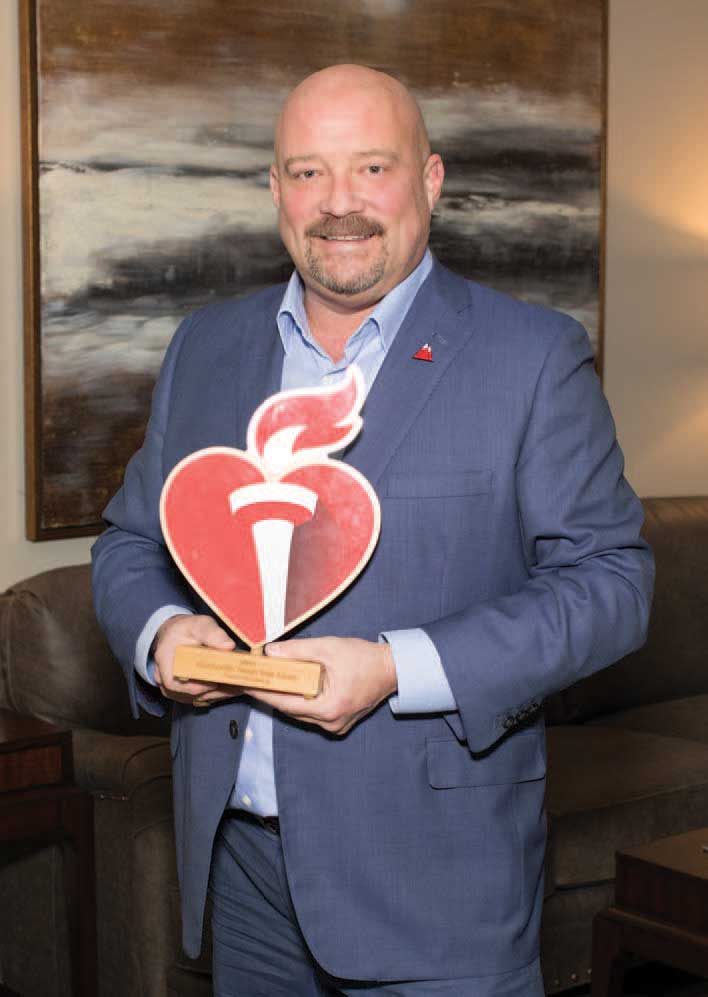