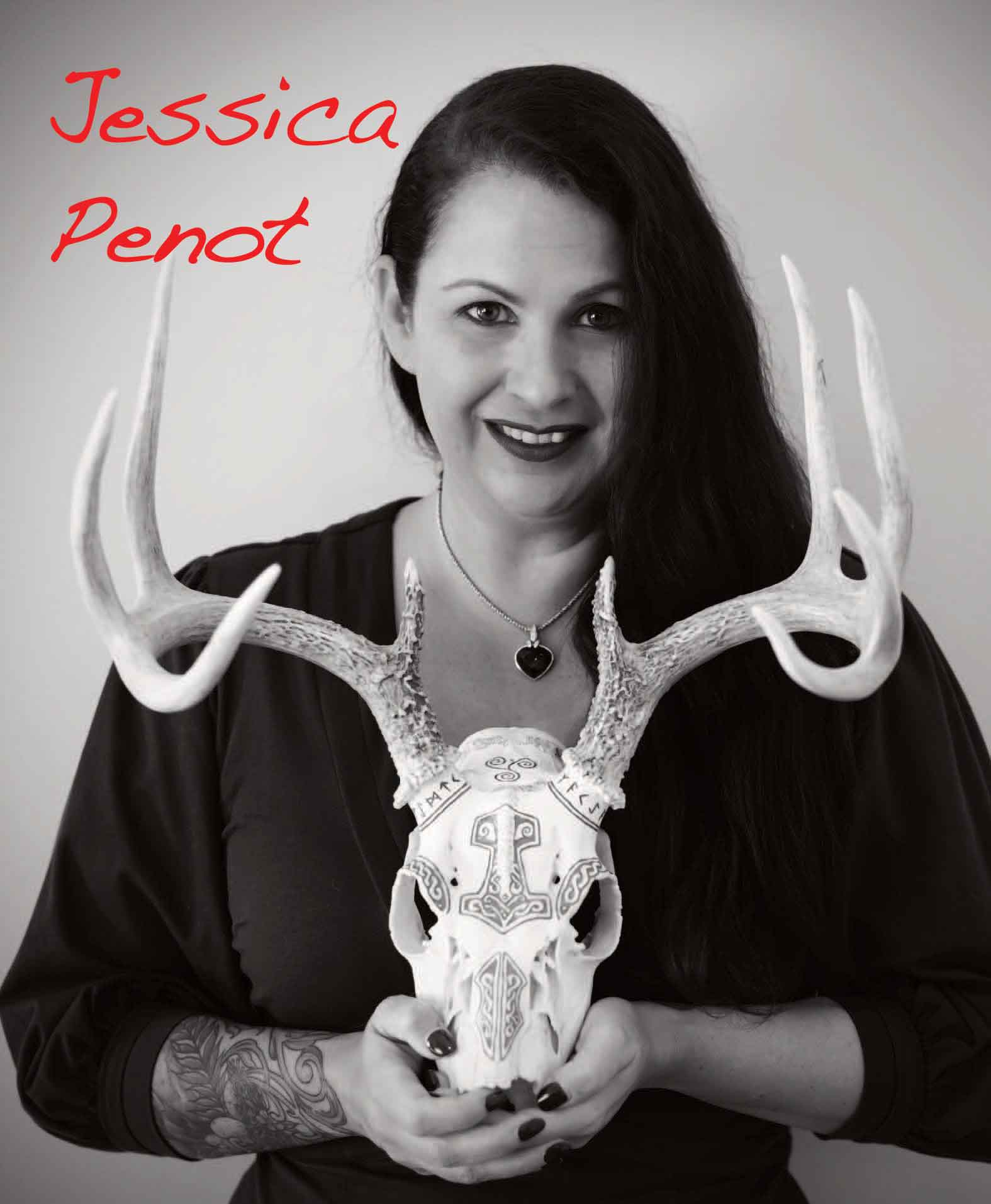 Jessica Penot is a best-selling author and Huntsville resident whose writing spans different genres – but all of her work is sure to keep her readers up at night. Focusing on dark fantasy, horror and the paranormal, Penot’s career officially started with a short story published in 2006 entitled “The Stone Queen.” She has since published numerous novels and is currently working on the third and final entry in “The Accidental Witch” series. In addition to her collection of fiction, Penot also established her voice in southern ghost folklore when she published “Haunted North Alabama” and “Haunted Chattanooga.”

Penot is the owner of Tree of Life Behavioral Health in Huntsville where she is also a Licensed Professional Counselor. Tree of Life offers a variety of outpatient services to adults, children, families and couples.

NL: How long have you known that you wanted to be a writer?

JP: I’ve pretty much always wanted to be a writer. I remember I had a journal when I was seven years old and inside of it, I wrote about how I wanted to be a “Riter” when I was older. I read anything I could get my hands on when I was younger whether it was from my parent’s library or wherever. The first horror related books I read were by Anne Rice even though they might not have been appropriate for a 10-year-old to read.

NL: Have there been any real life experiences that you have used for inspiration for your writing?

JP: The first novel I wrote was called “Circe.” The inspiration came from my internship at Searcy State Hospital in Mount Vernon, Alabama. The history of that institution was just insanely fascinating to me and it felt like a sin that no one had written anything about it sooner. I had to do a lot of digging to even come up with any details. Originally it was a fort that was owned by the French, transferred to the Spanish and eventually to the Americans. While I was there, it was a normal state hospital but before that, it was used as a psychiatric hospital for African Americans and during that period, it was home to a lot of atrocities. After I wrote the book, I was contacted by several African American women who were wondering if I could look at the records and find out what had happened to their family members who were sent to Searcy Hospital and never heard from again.

NL: What about locally?

JP: Dead Children’s Playground is legendary here. I also have soft spot for The Lowry House with their room from the Underground Railroad. It’s always fun to see them do the Civil War reenactments there. Both Athens State and UNA both have a lot of Civil  War history so the ghost stories just count up as you walk through there. There’s a lot of folklore that is fun and engaging to use for ghost stories.

NL: Is there anything about the writing and publishing industry that is different from how you thought it might be before you became a published author?

JP: When my career began, the country was going through a financial recession after the collapse of the housing market among other things. During that time, a lot of the publishing houses had to shut their doors and some of them were ones that I had sold my books to. That was a rude awakening because since most publishing houses refuse to touch any work that has been previously published, a lot of that work was lost to the wind. But with the way publishing market is changing a lot right now, there is more room for self-publishing and e-books. I’ve thought about taking that route but it’s hard to focus on old works when I’m usually fixated on a new project. So we’ll see.

NL: Do you personally believe in ghosts?

JP: I want to say yes but at the same time there’s the large, rational part of my brain that wants to see proof. It’s one of those things that you have faith in but it’s not necessarily rational. I enjoy telling the stories but at the same time, I wouldn’t be heart-broken if I found out it was all nonsense because I think it’s the stories and the folklore that make the idea wonderful and fun.

NL: When did you first start to venture into non-fiction projects such as “Haunted Northern Alabama?”

JP: Initially, my inspiration was a marketing ploy. My novel “Circe” was about to come out and the biggest thing you can have as a fiction writer is a platform. Since “Circe” was inspired by a supposedly haunted institution in Alabama, I started a blog where I would write one local ghost story a day. Eventually the publishing company approached me and asked if we could turn the stories into a book and I said yes. And it has been really fun.

NL: How does your career in mental health integrate with your writing?

JP: Well, most of my novels have something to do with mental health. “Circe” deals with a psychiatric hospital. “The Accidental Witch” series is about a psychologist who is having trouble helping her patients so she turns to witchcraft. I feel that when I write about mental illness, I’m trying to destroy the stigma that surrounds it because I’m trying to make people real instead of promoting stereotypes. For anyone that works in mental health, you see these people are just individuals who are hurting. Unfortunately, a lot of fiction, especially on T.V., tragically misrepresents mental health. 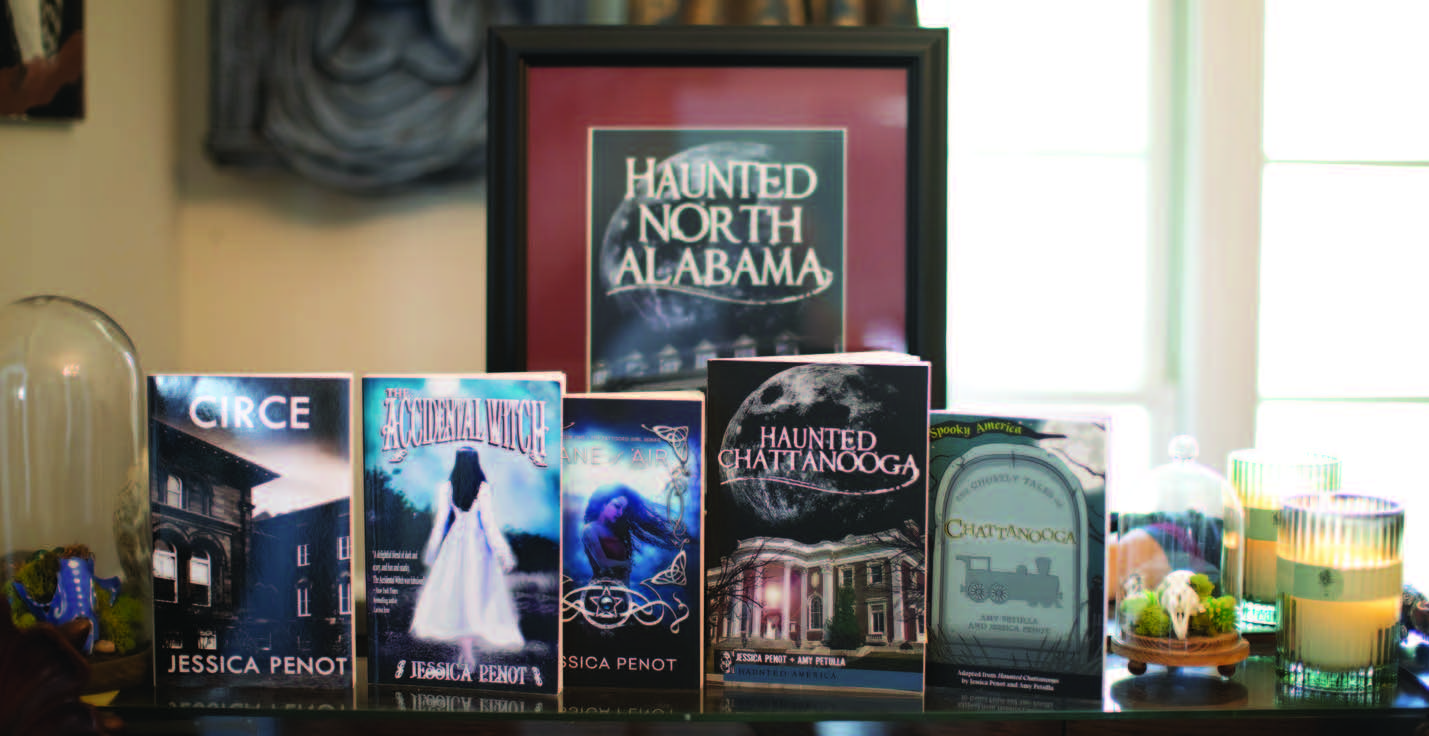