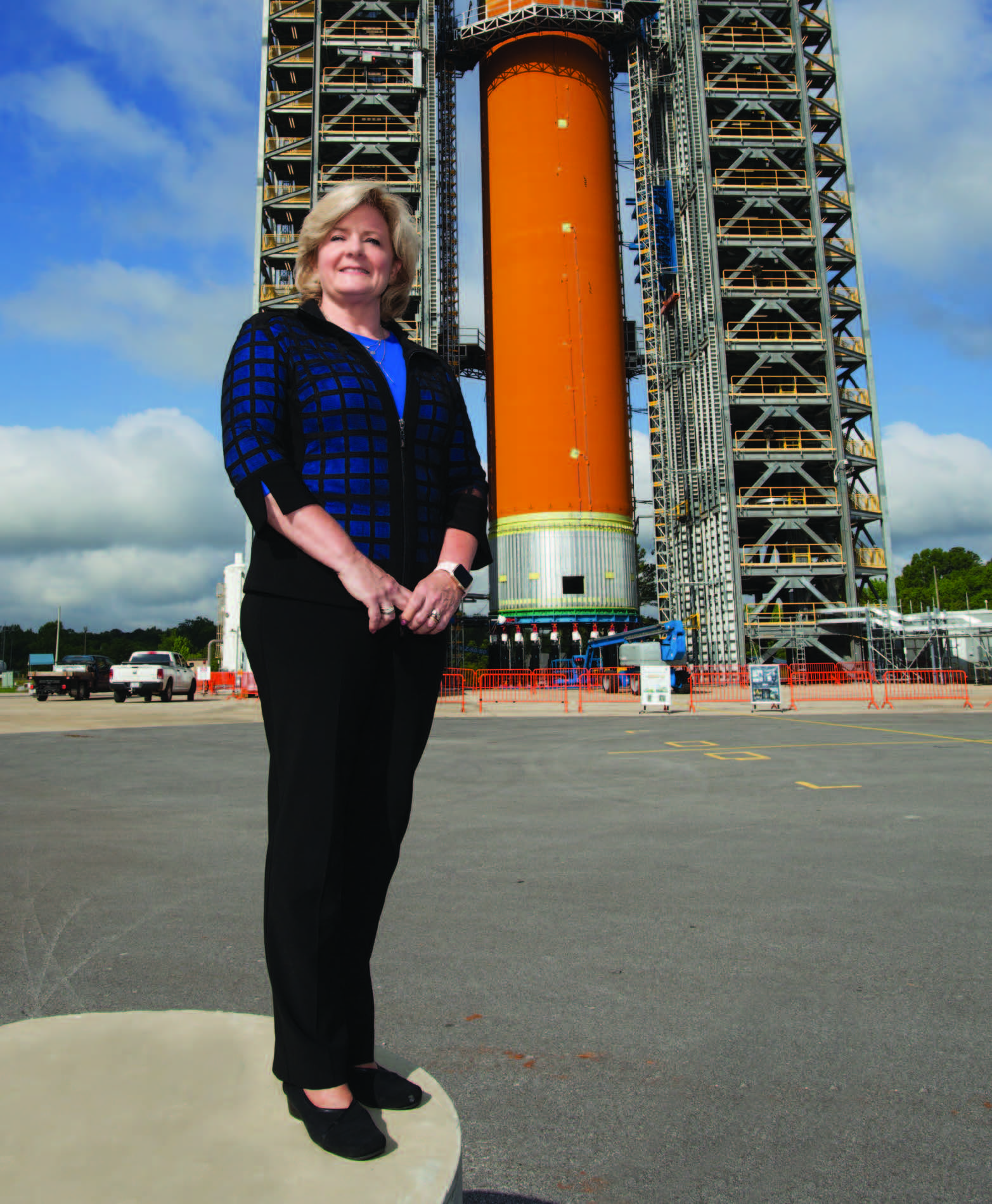 Jody Singer is the director of NASA’s Marshall Space Flight Center in Huntsville, Ala. Appointed in September 2018, Singer manages one of NASA’s largest field installations, with nearly 6,000 civil service and contractor employees and an annual budget of approximately $2.8 billion. Singer and her husband, Chris, live in Huntsville.

EVENT: It has to be exciting to be part of NASA during the 50th anniversary of the Apollo 11 mission. Are there any special celebrations planned at MSFC?

JS: This is an exciting time for the agency and for Marshall Space Flight Center. We will reflect on the past but also are looking ahead to the first launch of the Space Launch System rocket, developed here at Marshall, that will make it possible to return to the Moon for a new era of lunar and deep space exploration. Our goal 50 years ago was to prove we could land humans on the Moon and return them safely to Earth. Today we are actively working to return to the Moon to stay, in a sustainable way.

Apollo captured the world’s attention and demonstrated the power of America’s vision and technology to inspire generations of great achievements, exploration, and scientific discovery. The Apollo 11 mission represents one of the greatest engineering and scientific achievements of humanity, and we are going to celebrate that this summer with events throughout the community.

My personal favorite celebration we have planned is a Guinness World Record attempt at the U.S. Space & Rocket Center to launch 5,000 model rockets simultaneously at the exact time of the Apollo 11 launch on July 16, 1969. 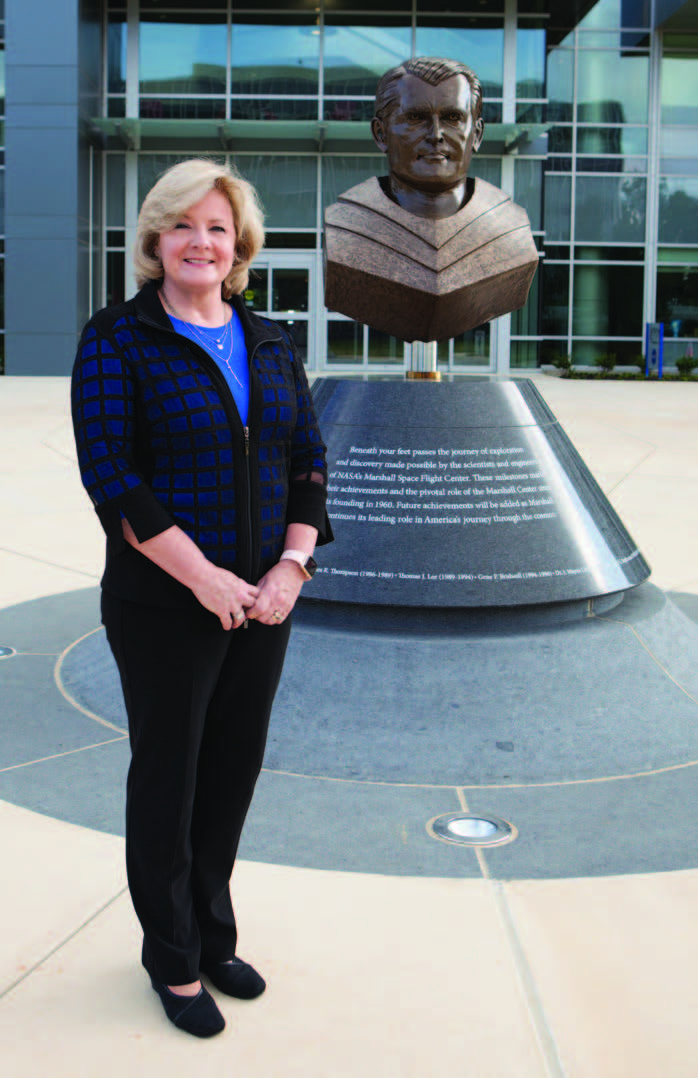 EVENT: Where do you think NASA will be in 50 years?

JS: For 60 years, American investment in NASA has brought return through advances in science, technology and medicine, and I think the next half-century will see the agency make technological advances at an even greater pace as we enter the next phase of human deep space exploration.

Apollo helped spur the computer revolution and countless innovations we use every day. Returning to the Moon will only lead to even more civilization-changing developments. Some of the new technologies that we could develop at the Moon include propulsion systems that feature higher thrust and efficiency for traveling to the Moon and beyond, and advanced energy generation and storage technologies to power human outposts on the Moon. Ultimately the Moon is a testbed for Mars. It provides an opportunity to demonstrate new technologies that are necessary for crewed Mars missions.

EVENT: What do you think about the Artemis mission, which is sending the first woman to the moon by 2024?

JS: Artemis was the twin sister of Apollo and goddess of the Moon in Greek mythology, so I think the name personifies NASA’s path to the Moon as we return to the Lunar surface by 2024. As the first female center director at Marshall, I’m extremely excited to see the first woman walk on the Moon.

Just as Apollo inspired a generation, NASA will continue to inspire with feats of science and exploration today. With our goal of sending humans to Mars, Artemis is the first step to begin this next era of exploration.

EVENT: What do you believe is your biggest achievement during your storied career at NASA?

JS: My greatest achievement was being selected as the 13th director of Marshall Space Flight Center and first female director. Hopefully, my selection will inspire others to have big dreams and reach for opportunities. It also reminds me that no one accomplishes anything by themselves. I had mentors, leaders and peers who have supported me in my journey so I intentionally pay it forward and prepare others be successful too.

EVENT: What do you tell younger woman and girls to encourage them to enter careers in science and technology?

JS: I’ve spent more than 30 years at NASA, and the advice I often give is to learn to be confident and comfortable in your own skin, trust your team and seize your opportunities. As women, we tend to wait until we are “overqualified,” but I encourage them to push to take their chances.

I also tell them the best thing you can do is find a mentor or sponsor — someone who can actively advocate on your behalf for career advancement. It can be an on-the-job mentor, the next-job mentor or you can be your own mentor. It’s never too early to be an advocate for someone else. But most importantly, I encourage them to take time for themselves and their family.

EVENT: You are likely a very busy person. What do you like to do during your down time?

JS: What helps me stay balanced is my family, friends and planting flowers. I always try to remind myself to be in the moment, enjoy life and live in a state of gratefulness. I am blessed to be surrounded by a wonderful and dedicated team at NASA and a supportive family.